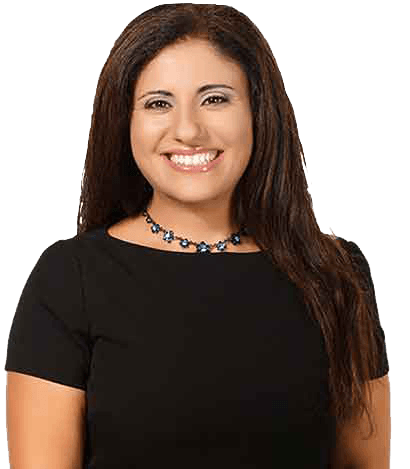 The Fletcher Firm promises to bring you the best possible resolution to your DUI case. Click the link above to learn more about what we can do for our clients.

Pursuing damages in court for an injury caused by negligence without an experienced attorney can be confusing and frustrating. Learn how The Fletcher Firm

In the event that you are arrested, you should use your constitutional right to remain silent until you speak to your lawyer. While law enforcement officials will read you your rights, they will still try to trick you into talking and making a confession. Even if it seems like an innocent question, your answer could be used against you in a court of law. Because of this, you should stay silent and get an experienced criminal defense attorney. Your lawyer can help you protect your rights and learn more about navigating the legal system.

Why You Need a Federal Defense Lawyer

By talking to an experienced federal criminal defense attorney, you can learn more about your options. At the Fletcher Firm, you can get experienced attorneys who know how to fight for clients in a federal courtroom. Whether you want to avoid a trial or aggressively fight for your innocence, our lawyers know just what to do.

Developing a Defense Against Federal Crimes

When you work with a lawyer, you get expert help reviewing your defense strategy and the information involved in your case. Federal cases tend to be more complicated, so it is important to get professional legal advice as you build your defense. Your lawyer can help you choose the right strategy for your unique case.

One common defense is to argue that there is insufficient evidence for arguing the case. According to the law, the federal prosecutors must show that you are guilty beyond a reasonable doubt. If they cannot do this, you will be found not guilty of the crime.

In many cases, federal authorities will use a sting operation to get the defendant to commit a crime. Once the suspect commits the crime, the undercover agent arrests them. Sometimes, the authorities go too far and entrap the suspect. If this happens to you, you may have a strong defense in the courtroom.

While many people have heard about insanity defenses, this defense is less common in courtrooms than it is in the media. One of the main reasons why insanity defenses are so rare is because it is so hard to prove that someone is legally insane. Even when you are capable of proving it, it can result in you spending years or decades in a mental institution.

Depending on your unique circumstance and the crime, your lawyer may be able to say that you were acting in self-defense. To be considered self-defense, your actions had to be done in order to protect yourself from bodily injury or death. If this is the case, you may have a strong legal argument for your defense.
What Are the Consequences in Federal Cases?

When you are charged with a federal crime, your liberty is at stake. The amount of prison time you receive can vary significantly depending on the crime and the judge. One of the things that defendants forget is that the federal judge is not required to follow the federal sentencing guidelines. Instead, they can give you a blend of penalties like fines, community service, restitution, prison sentences or probation.

Some defendants are afraid to risk these penalties in court, so they make a plea bargain. While this is the best option in some cases, defendants should know that they have to give up some rights to take the deal. If you get a plea bargain, you lose your ability to ever appeal your case.

Whether you take a plea deal or are found guilty, your prison sentence will not be served in Nevada. There are no federal prisons in the entire state. Once someone is sentenced in a federal case, they are sent out of state to serve their time.

An Experienced Las Vegas Attorney Can Help Your Case

Most people are not experts in federal laws and the justice system. By hiring an experienced lawyer, you can get help defending yourself in the courtroom. We can help defend you against federal crimes like RICO Act violations, fraud charges, drug crimes, sex crimes, kidnapping and other violations. For more information or an initial consultation, call our legal team today.

Fabulous experience! I called and spoke to Giselle, she was very helpful. To my amazement, lawyer handled my ticket with lightning speed!!! This (...)

I had the extreme Professional pleasure working with the Fletcher Firm for my Accident. I was kept informed of the steps being finished. I furth (...)

Attorney Maysoun Fletcher changed my thinking with regard to criminal defense attorneys.

Maysoun Fletcher and The Fletcher firm are hands down the best possible team to have in your corner for any legal situation. I personally recomm (...)

A traffic accident can happen to anyone, and change your life. After a serious accident, you may be dealing with severe long-term injuries, devastating medical expenses, and other genuinely trying personal challenges. If you’ve been injured in a traffic accident, and the other driver was negligent, you are entitled to reimbursement for your medical treatment and related losses. While a negotiated settlement is always preferable in personal injury cases, when negotiations make no progress, you’ll be represented by a legal team with considerable trial experience. The Fletcher Firm has an impressive record of courtroom victories and a reputation for superlative client service and satisfaction.

The Fletcher Firm has a remarkable record of success defending clients charged with DUI. We clarify the facts in your case and then consider the best defense strategies. An experienced Las Vegas DUI defense attorney will work tirelessly to defend your rights and to discredit the state’s case against you. We can challenge the reason why you were stopped, the results of any DUI tests, and the testimony of the arresting officer(s). If there is any flaw, error, or weakness in the prosecution’s case, an experienced DUI attorney with the Fletcher Firm will find that flaw and use it to your legal advantage. Our Las Vegas DUI lawyers combine more than a half-century of legal experience to defend our clients. Let us help.